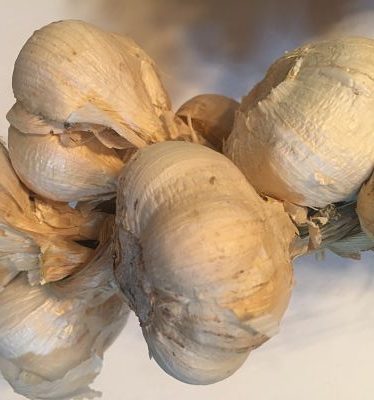 Are you feeling a bit under the weather? Whether you’re suffering from a sore throat or sniffles, your choice of food can help you fight back.

For best results, don’t just wait until you’re feeling sub-par to follow the below habits. Make them a regular feature of your days, as a strong immune system is one that is consistently supported.

You may think that it’s giving you a boost of vitamin C—but actually, its sugar content could be more of a hindrance than a help. One study found that drinking a glass of orange juice curbed the effectiveness of immune system cells for up to five hours [1]. Instead…

2. Add peppers to your meals

That’s not to say you should avoid vitamin C altogether, as it’s essential for a strong immune system. Instead of drinking orange juice, up your fresh pepper intake instead—100g contains four times your recommended daily intake of vitamin C.

3. Indulge in some oysters

Zinc is also pivotal to your immune system function. In fact, a recent review of 17 trials found that taking zinc resulted in a shorter duration of cold symptoms [2]. Oysters are a rich source of the mineral, as are sesame seeds.

Vitamin D is another nutrient that helps you fight infections, and it can be found in fish such as sardines and salmon. Don’t like fish? Another option is to go outdoors, as sunlight enables you to synthesise the vitamin yourself.

The Ancient Egyptians recognised that this pungent vegetable had health-giving qualities. Modern science now backs it up, with several studies finding that garlic has antibacterial action against E.coli—a cause of stomach upset [3].

The humble mushroom contains special carbohydrates called beta-glucans, which are known to have immune-supporting effects when consumed. Try some oyster or shiitake mushrooms in a quick stir-fry or soup.

Good rest is just as important as good nutrition when it comes to keeping well. A review in the European Journal of Physiology revealed that a lack of sleep provokes a stress response, leading to low-grade inflammation and immunodeficiency [4]. So turn in on time!

For individualised and targeted support, please get in touch.