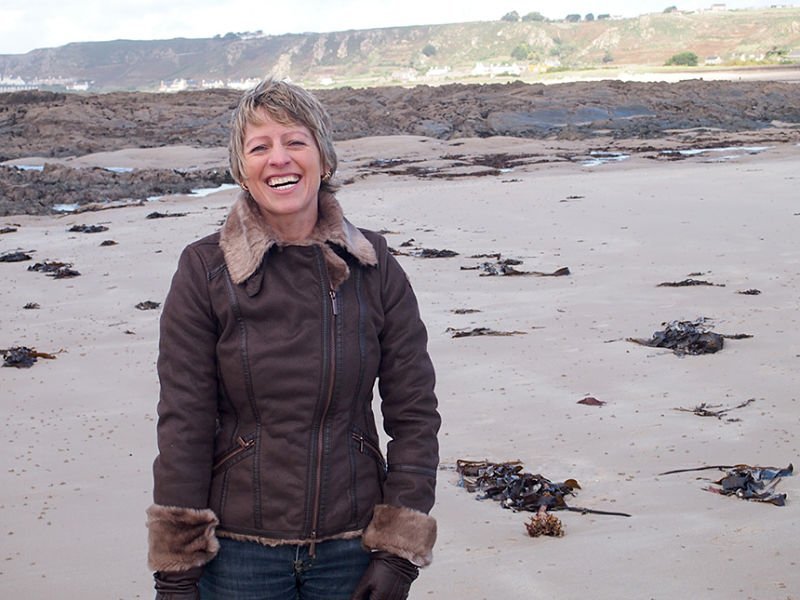 Dr Zoë Harcombe is a Cambridge University graduate with a BA and MA in economics/maths. Zoë enjoyed a successful career in blue-chip organisations before leaving corporate life in 2008 to pursue her passion.

Her early career involved international roles in management consultancy, manufacturing and marketing in global organisations, from FMCG to telecoms, before specialising in Personnel and Organisation. At the peak of her career, Zoë was Vice President for Human Resources for Europe, Middle East and Africa.

Having written three books between 2004 and 2007, while being ‘Head of People’, Zoë left employment to research obesity full time. This culminated in the publication in 2010 of The Obesity Epidemic: What caused it? How can we stop it?

Zoë returned to full time education in 2012 to complete a PhD in public health nutrition (awarded March 2016). Her thesis was entitled ‘An examination of the randomised controlled trial and epidemiological evidence for the introduction of dietary fat recommendations in 1977 and 1983: A systematic review and meta-analysis.’

A number of peer-reviewed articles have emanated from this work. The first was the 64th most impactful paper in any discipline in 2015.

Zoë lives with her husband and rescue animals in the Welsh countryside.

Do you remember the three Rs, as they used to be called at school: reading, writing and arithmetic? Add in talking, and that’s what I do—all in the field of diet, nutrition and health.

I research, I write (books, a weekly newsletter, website content, presentations etc.), I dissect an academic paper every week to see what’s really going on and I get the chance to speak all over the world at conferences. I’m really fortunate to be doing what I do.

What inspired you to work in this arena?

My earliest interest in anything diet and health started with my brother being diagnosed with type-1 diabetes when we were both teenagers. I soon realised the equal and opposite power of insulin and carbohydrates.

Then, while at Cambridge University, I became fascinated by the fact that everyone around me was on a diet (as I was!) and yet obesity was increasing at the same time. The question I started to ponder was, Why do people seem unable to stop eating when they don’t want to be overweight?

I left Cambridge, started my career and yet I continued to read widely and remain interested in obesity. My first book was published in 2004—trying to answer the million-dollar question: “Why do you overeat? When all you want is to be slim.” I was the Human Resources Director for the Welsh Development Agency at the time, so it caused quite a stir among my colleagues who had no idea of my ‘other life’.

I finally took the plunge at the end of 2008 to try to make my passion my vocation and I’m so pleased that I did.

There are typical home days and far-from-typical away days…

At home, my husband, Andy, and I are both early birds (I don’t think early birds and night owls should marry!), so we’re often up around 5am. We walk the dog, have breakfast and then check what has come in overnight and sort out any urgents. Then we shower and settle down to work on the importants (as opposed to the urgents—Stephen Covey stuff).

“My husband, Andy, and I are both early birds—I don’t think early birds and night owls should marry!”

We’ll break for lunch, walk the dog, do more project work, and then break for an early supper. Sometimes we’ll work on in the evening, but we have recently tried to stop at dinner time and then we’ll chat/read/listen to music/see friends before getting an early night.

Away days can be trips to London and back to meet people in our world (business and pleasure) or I might be driving to a barn in a field to arm farmers with nutritional facts. There can be many away days in a row doing conferences.

It has four dimensions: physical; mental; emotional and spiritual.

Physically it means being functionally fit (I don’t want to run marathons, but I do want to garden till I ache).

Mentally it means keeping my brain as active as my body, if not more so.

Emotionally it means feeling balanced and able to cope with whatever life throws at me.

Spiritually it means having a connection with the world. I thought I was a city-girl, but I love living in the countryside. I love experiencing the seasons far more intensely than you do in the metropolis. I like watching sunrises and squirrels running up the trees.

I follow the news too to connect with the world. Much of the news can be depressing and make me question humankind, but it’s the world we all inhabit, so I’d rather try to understand it than avoid it.

I think that food is integral to all four aspects of health. I would not expect to be fit, slim, mentally sharp, emotionally stable and connected with the world around me if I were the sugar addict I was in my late teens and early 20s. I remember living for the next fix, lurching from blood-glucose highs to lows, false energy giving way to horrible crashes and carb-fuelled stupors.

When you’ve escaped the fake-food trap, you could never imagine going back there.

The biggest misperception is that Public Health authorities are trying to do the right thing for public health. They work hand-in-hand with the processed food industry. They appoint representatives from ‘big business’ to set our dietary guidelines. Yes—really—most people would be shocked to learn this.

I think that the average person perceives the advice that they receive from the powers-that-be to be evidence-based and it isn’t. Thanks to the conflicts, it isn’t even well-intentioned, let alone scientific.

The average person believes that they should consume five-a-day, that fat is bad and carbs are good. They think they should drink eight glasses of water and try to pack in 30g of fibre daily. They probably think that the alcohol unit restrictions have some base in science.

My research to understand the evidence base for dietary guidelines has drawn blanks. Five-a-day was invented by a bunch (ho ho) of fruit and veg companies in California in 1991. The alcohol units were ‘plucked out of the air’, to quote one of the people involved in coming up with them.

My PhD was an examination of the evidence base for dietary fat guidelines (restrictions on total fat and especially saturated fat). I was shocked to find no evidence for either that withstood scrutiny.

Anyone who thinks that our food and drug advice benefits them needs to wise up and realise that it benefits the food and drug industries. Then take your health into your own hands—and see someone like Fiona for some decent advice!

Honestly? The chocolate mousse that I make with a few bars of 85% cocoa chocolate, eggs, cream, coffee, a bit of rum and a dash of vanilla.

I know that I should say salmon and a huge salad (a variety of leaves, grated carrot/celeriac, cherry tomatoes, pepper slices, chargrilled red onions etc), which I do really enjoy—but I like the mousse more!

If human beings returned to eating food in the form in which nature delivers it, it’s difficult to think that we would have obesity or type-2 diabetes, let alone epidemics of these entirely avoidable conditions.

Anyone who thinks for him/herself and challenges the status quo in any field. It takes intelligence, curiosity and courage to take on conventional thinking. There is usually more attack than reward and thus resilience and conviction is also needed.

In my field, my absolute hero has to be Dr Malcolm Kendrick—his searing logic and the way he turns thinking on its head is quite exquisite to observe. He is a brilliant communicator too—he uses humour to make difficult concepts understandable to a wider audience.

“It takes intelligence, curiosity and courage to take on conventional thinking”

I am fortunate to have many heroes in the field in which I work. Professor Tim Noakes, Gary Taubes, Nina Teicholz, Dr Jason Fung, Dr Gary and Belinda Fettke, Dr Eric Westman, Professor Stephen Phinney, Dr Aseem Malhotra, Dr Michael Eades—I know I’ll have missed someone—but the people I share conference platforms with are where my role models are to be found.

I had to choose at 16 whether to try to make a life with music or whether to try to get into Cambridge. I had the opportunity to try for the Royal College of Music. I had Grade 8 piano and clarinet, and also played saxophones. I was writing music and arranging pieces for orchestras and a jazz/swing band I was in.

I made the (right) call that I was probably not good enough to make a decent career from playing wind instruments, although playing in musicals did pay my way through university. I hardly play now, which sometimes feels sad, but there’s no time for everything. Life moves on.

Aside from good health, what do you cherish in your life?

My personal values are: health; relationships; personal development; mutuality; and integrity. So, after health, the most important thing in my life is relationships—first with Andy and then with our other family members, our beloved rescue pets and with friends.

Personal development is hugely important to me. I think growing and developing as a person is what life is all about. If I don’t know more today than I did yesterday, what did I miss? Without having learned over many years, I would still think that fat was bad and five-a-day was evidence-based. How ignorant I would have been.

I love the quotation attributed to Alexander Pope: ‘A man should never be ashamed to own that he has been in the wrong, which is but saying in other words that he is wiser today than he was yesterday.’

Mutuality is one of the principles of the Mars Corporation (yes, the candy company!). I met Andy working in their electronics division (not many people know they have one) and every ‘Martian’ (as Mars employees are known) is recruited for their belief in mutuality and their ability to live by this principle.

If in any interaction I win and you lose (or vice versa), then we will have no further interactions. Mutuality is the only sustainable way in which to interact in this world.

Finally, integrity: I have strong principles and values and I try to live by them. If only there were more decency in the world, the news would look very different to how it does currently.

Find out more about Zoë at zoeharcombe.com