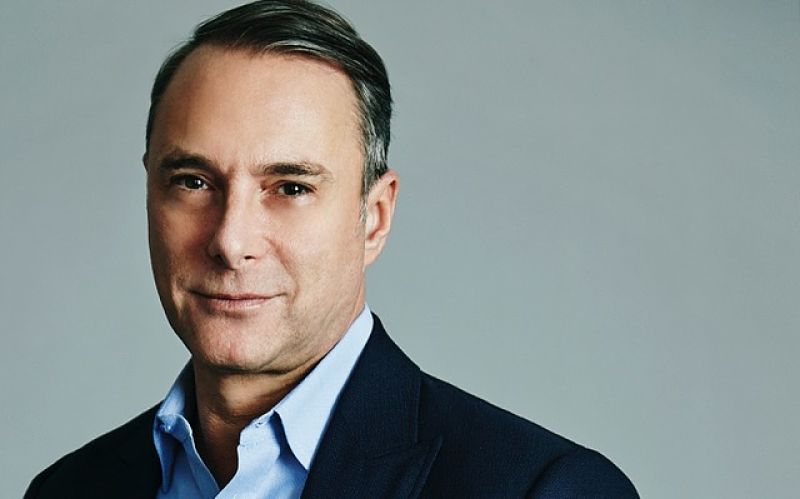 Ian Marber is a nutrition therapist and health writer. He has been in practice for 20 years and is the author of 12 books, including Man Food: The no-nonsense guide to improving your health and energy in your 40s and beyond. Ian also co-founded The Food Doctor, and was closely involved in every aspect of the brand until his departure in 2012.

Ian is a highly respected voice in the nutrition world. Whether writing his column in The Telegraph, hosting his popular #nutribollocks poll on Twitter or making one of his regular TV appearances, he promotes a sensible approach to eating well.

Here Ian opens up about his health challenges, reveals how social media has changed the nutrition landscape, and explains why he doesn’t think food is medicine.

One that’s changing! I’ve been qualified for 20 years, and the industry has changed a lot—in part due to social media. Anyone can say anything on there, so there is a lot of bogus information and confusion. It’s increasingly hard for people to know what’s true and whom to trust.

As a nutrition therapist, I would describe what I do as guiding people to make better choices with their food. This applies whether a person is simply interested in diet, or whether they have a specific situation they’re trying to address. It’s definitely guiding rather than telling, as everyone has their own set of circumstances.

I’m also a health journalist, so I write for several magazines and newspapers. And I write books too. I also work for a couple of well-known food brands, helping them with new products and health claims.

What inspired you to work in this area?

I had ongoing digestive disorders during my early years and teens. I was constantly in mild pain—and mildly depressed—but I never quite got to the bottom of it.

I went through my twenties, losing and then gaining a lot of weight for no apparent reason. It wasn’t until I was 29 that I was diagnosed with coeliac disease. After just a couple of weeks on a gluten-free diet, my health was transformed.

It opened my eyes to what I was eating and diet in general. During that period, I was also a ‘buddy’ at the Terence Higgins Trust, and I noticed that all the people living with HIV or AIDs had nutritionists. I found it fascinating.

I was in a lucrative job I didn’t like, and I thought, I don’t want to be this person anymore. I wanted to make a break—so I studied nutrition.

I’m a chronically early riser, but not for any other reason than I wake up early. If I could sleep until 10am, I would.

I’m hungry the moment I wake up, so I have breakfast straight away. I go to the gym three or four times a week, including a couple of spin classes. At age 55, I feel that I have to exercise more than I used to when I was younger.

“At age 55, I feel that I have to exercise more than I used to when I was younger”

After that, it varies. Some days I might be sitting at my desk at home, writing an article. Other days I might be doing research. Other days I might be consulting with clients. I see people in Kensington and also in rooms on Harley Street. Sometimes I feel I’m all over the place, making lots of small journeys, but I do like the freelance aspect of it. I’ve done the whole full-time-office thing.

I’ve been very lucky in life. I feel I’ve been to every restaurant and travelled a lot, so now I prefer to stay at home in the evening. I cook, which I find very meditative, and I read to wind down. I like fiction and biographies of novelists.

It means choices and freedom. If you are healthy, you have the freedom to do what you want, which might include making poor decisions. You can’t squander your health exactly, but you can be a bit more free-and-easy.

If you’re unhealthy, you’re trapped with managing your disease or your condition, whether that’s through nutrition, traditional medicine or other means.

Health is freedom. And like with most forms of freedom, we don’t realise how free we are until our freedom is curtailed.

The thought that ‘food is medicine.’ I see this on social media all the time. Food is not medicine, at least not in the traditional sense.

I’m passionate about food and nutrition, but I do think we fetishize food to the point where we think it will harm us or do us good. Any extreme—only eating keto, only juicing or only anything—is born out of fear, and I don’t think it’s conducive to happiness.

Food is pleasure, sharing, joy and dozens of other things. To call it ‘medicine’ is to strip it of its richness.

Rib-eye steak, French fries and a glass of red wine. And lots of spinach.

Relax and enjoy what you eat. Be mindful of what your diet is doing for you, but don’t think you have to fear foods.

“Be mindful of what your diet is doing for you, but don’t think you have to fear foods”

As someone with coeliac disease, the idea that gluten is bad for everybody doesn’t make sense. Just relax.

I look up to novelists. I read a lot of early 20th century American fiction and I greatly admire the crafting of a fine novel. The fact that these books are still being read 100 years later shows how powerful they are.

I’m a bit of a plane geek, or what’s known as an ‘avgeek’. I follow accounts of amazing pictures of aircraft and I’m also passionate about travel—not just the destination, but the whole process of going through airports and flying in planes. I suppose some people might find that strange.

Aside from good health, family and friends, what do you cherish in your life?

I cherish intelligence and good conversation. I’m frustrated with the increasing puerility of language: scroll through social media and everything seems to be ‘tummy’, ‘gooey’ or ‘sticky’. Do we really need to use these child-like tropes to appeal to people? I sometimes wonder where all the grown-ups have gone.

On a more serious note, I cherish my freedom. In Britain, we’re very lucky.