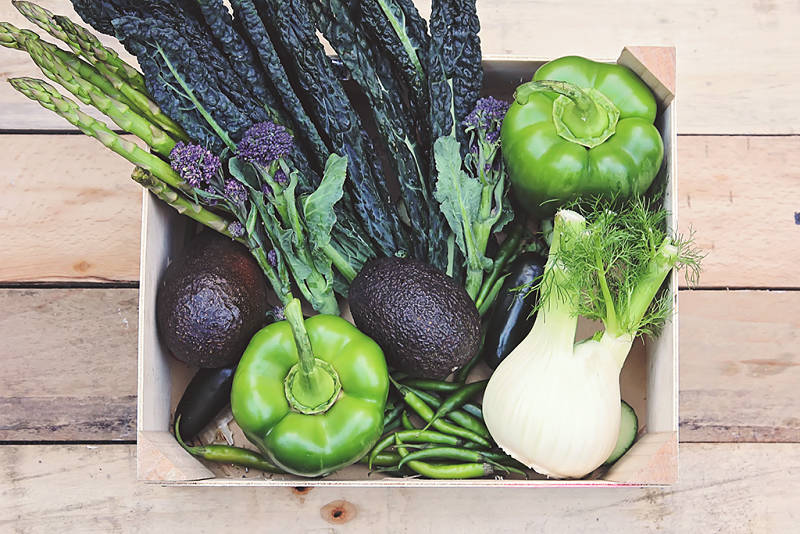 We’re living in a fascinating time for women’s health. Non-hormonal contraception is on the rise. The femtech industry is predicted to be worth £50 billion by 2025. And—if you need further proof—a short film about periods even won an Oscar this year.

Periods get a lot of press, so most people don’t realise that ovulation is the main event of the reproductive cycle. In fact, ovulation has even been called the ‘fifth vital sign’ because it’s an indication that a woman’s body is happy and healthy [1].

In other words: if your body has high energy and low stress, it thinks it can handle making a baby.

But aside from baby-making, ovulation is essential because it leads to balanced levels of the hormones, oestrogen and progesterone. You want these in the right amounts because they help to boost your mood, protect your bones and make your skin glow.

But you can have a period without having ovulated. So, how do you know if you’ve released an egg or not?

Let’s get a little personal. You can find clues that you’ve ovulated by tracking your waking temperature and checking your cervical fluid. You can also use an ovulation test strip or have a blood test in the second half of your cycle.

If that sounds like too much effort, you can also just pay attention to your period. A period that’s either longer or shorter than normal may warrant some ovulation investigation with your doctor.

It’s important to note that all women taking the oral contraceptive pill (and those on the Mirena coil) don’t ovulate. Their period is what’s known as a ‘withdrawal bleed’, which isn’t a real period.

If that applies to you, the tips below won’t help you release an egg, but they will boost your overall health. If you’re not on hormonal contraception—and especially if you’re trying to get pregnant—these pointers can make all the difference.

How to eat for ovulation

Your reproductive cycle extends far beyond your womb. It’s a body-wide dance of hormones that culminates in your period every month.

A key step in this dance is the brain talking to the ovaries to let it know it’s time to release an egg. But the brain needs fuel to do this. If it doesn’t sense enough sugar (glucose) in the blood, it can fail to send this message [2].

Although there are not yet randomised, controlled trials to back this up, it’s a common clinical observation that low-carb and keto diets can lead to a lack of ovulation and a lack of periods. This is because carbs are a key source of that brain-boosting glucose.

If you’re a reproductive-age woman, know that the right sorts of carbs are both necessary and good for you. Do your ovaries a favour and eat complex carbs daily, including fibre-rich fruits, sweet potatoes, vegetables, oats and other wholegrains.

2) …but do be mindful of sugar

Yes, carbs are good—but not all carbs are created equal.

When we eat refined carbohydrates (found in sugary foods and products made with white flour), it causes a spike in blood-sugar that leads to the release of the hormone insulin.

We need some insulin, but when it’s released too much and too often it can start to cause problems. Two of those problems are impairing ovulation and causing your ovaries to make more testosterone, which can lead to other symptoms such as acne and excess body hair [3].

To keep your blood sugar even and your insulin in a healthy range, cut down on food with added sugar. These include fizzy drinks, chocolate, sweets, biscuits and many condiments.

This trace mineral not only plays a role in egg development [4], but it’s also involved in the synthesis and function of all hormones.

We can’t store zinc, so we have to eat a little bit every day. The best sources are animal products, particularly red meat, which is why it can be low in ladies following a vegan or vegetarian diet [5].

If you don’t eat meat, aim to enjoy a wide variety of plant-based sources of zinc daily, such as chickpeas, lentils, pumpkin seeds and almonds.

Studies suggest that stress affects the reproductive cycle, and can even stop ovulation [6].

The modern world is inherently stressful. We can’t change our lives overnight, but we can influence how our bodies respond to stress. And our food can give us a helping hand.

Magnesium—a mineral found in leafy greens, nuts and seeds—is known to help the body relax [7]. Make a point of eating magnesium-rich foods daily, and you’ll give your ovaries an extra buffer against life’s stressors.

5) Watch out for iron

Like zinc and magnesium, iron is another mineral that’s critical for healthy ovulation. In fact, several studies have found an association between low iron intake and fertility struggles [8, 9].

But don’t rush out and buy supplements just yet. It’s possible to overload on iron, so it’s best to have a blood test before taking concentrated forms of the nutrient.

In the meantime, focus on food sources of iron. Red meat is a well-known choice, but there’s also a form of iron present in lentils, spinach and sesame seeds. Aim for one or more servings of these daily.

There are lots of other habits that impact ovulation, but these are a solid foundation on which to start. A regular cycle and healthy ovulation are an inherent part of womanhood. It creates hormones that can make you feel soft, strong, sensitive and empowered all at the same time—and who wouldn’t want that?

For personalised advice, feel free to get in touch.